The Mudbath of Dirty Politics and Dirty Media

In 1796, a man who by many accounts was cantankerous, opinionated, very blunt, and by some accounts least qualified for high office, was elected by a very slim margin in the electoral college to the office of president. The runner-up, a very good friend and colleague, became vice-president. In the ensuing 4 years this president made decisions that angered political opponents and allies alike, made unpopular and seemingly inflammatory (but by some measures, at least, justified) decisions concerning immigrants, and was in a constant and very public battle with a press that was hellbent on discrediting and ridiculing both him and his supporters at every turn – publishing stories filled with emotional appeals, scurrilous and unflattering accusations, and in many cases outright libelous statements – to the point that his allies in Congress passed legislation that he signed in an attempt to limit the press’s ability to publish hateful, libelous, or damaging content against the government or the president. At the same time, this man worked tirelessly to protect his country’s economy and trade, was instrumental in the growth of the departments of the Army and Navy, and who, to the detriment of his political future, did everything he had to do to successfully prevent the United States from becoming embroiled in a war in Europe, one that we as a fledgling nation were ill-equipped to handle.

The political differences of the time, with the formation of political parties that a man no less than George Washington warned would be the bane of American politics (it’s almost like he could see the future!), were so intense that it ended, for a time at least, the friendship of two men who had worked together tirelessly on two continents to encourage, then lead, people in the American colonies to throw off the shackles of British rule; the differences, and the personalities which espoused these differences, also led to death by duel of one of America’s most ardent thinkers.

The four years of American history described above were, for both politics and the press, not exactly a shining moment.

220 years later, in 2016, a man who by most accounts was bombastic, opinionated, had no filter, and was deemed by many to be wholly unqualified for public office, was elected by an overwhelming electoral majority (although due to incredibly high populations in coastal cities, lost the popular vote, a scenario anticipated and addressed by our founders with the Electoral College). In the ensuing years, he has made unpopular statements concerning immigrants – albeit by many measures justified considering all of the information – has invoked criticism from enemies and allies alike, and he, along with his supporters, are subject to what some see as a relentless, focused, hellbent effort to discredit him at every turn. His supporters are also not spared; they are subjected to scorn, dismissal, and ridicule at a rate almost equal tonthe president. Emotion has replaced reason in both accusation and response.

“Washington was right…politics could be the end of us.”
———-

Bryan is a retired veteran of 20 years, a father, stepfather, grandfather, and husband. He is a lover of and teacher of history, and wished more people had paid attention in Social Studies. 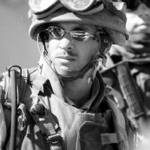 My Tweets
My Tweets